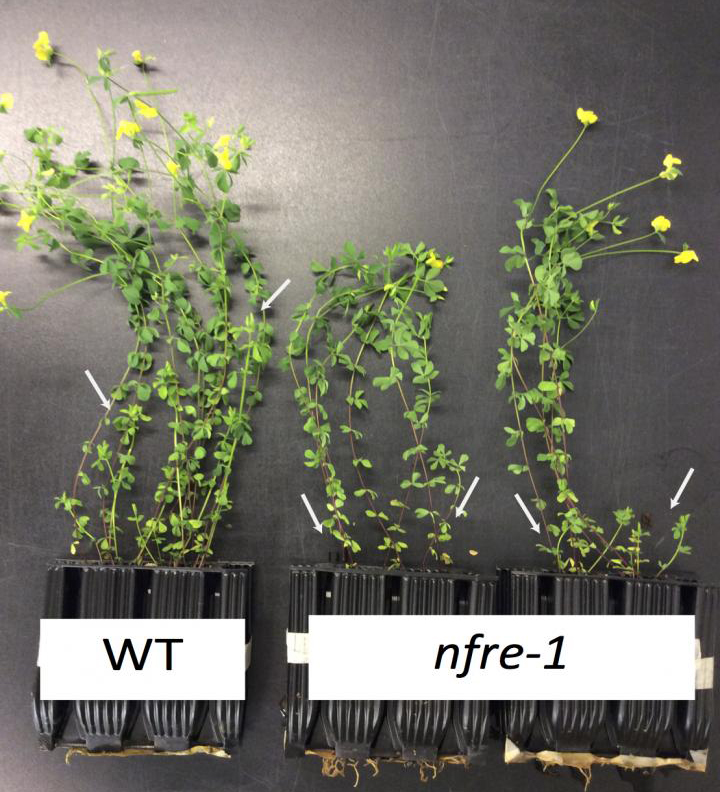 Legumes are able to grow in nitrogen-poor soils due to their ability to engage in symbiosis with nitrogen-fixing bacteria. There is a great interest in using the knowledge about this symbiosis, to enable transfer to other non-symbiotic plants. An international research team has come a step further to understanding this complex biological process. Microbes, whether beneficial or harmful, play an important role in all organisms, including plants. The ability to monitor the surrounding microbes is therefore crucial for plant survival. For example, the roots of a soil-growing plant are surrounded by a microbial-rich environment and have therefore evolved sophisticated surveillance mechanisms.

Unlike most other plants, legumes, such as beans, peas or lentils, are capable of growing in nitrogen-poor soils with the help of microbes. In a process called root nodule symbiosis, legumes form a new organ called the nodule where specific soil bacteria, called rhizobia are hosted. Inside the nodule, rhizobia convert atmospheric nitrogen into ammonium that is provided to the plant increasing growth. The legume in turn, supplies the bacteria with carbon resources enabling their energetically demanding nitrogen-fixing process.

The interaction between the legume plants and rhizobial bacteria is very selective. Previous research has shown that plants are able to identify specific signaling molecules produced by the symbiotic rhizobial bacteria. In particular one recognition system, called the Nod factor signaling, is crucial for establishing the host-nonhost relationship between legumes and rhizobia.

In order to initiate the symbiosis, the legumes use specific receptor proteins that can recognize the Nod factor molecules produced by bacteria. Two Nod factor receptors, NFR1 and NFR5, are well-known. They belong to a large family of so-called LysM receptor kinase proteins, which suggests that other similar receptors may be involved in Nod factor signaling as well.

An international research team of researchers from Denmark, Italy, France and Japan has now identified the role of another LysM receptor kinase called NRFe by studying a model legume species, Lotus japonicus. The results showed that NFRe and NFR1 share similar and distinct biochemical and molecular properties. NRFe is expressed primarily in the cells located in a specific area on the surface of the roots. Compared to NFR1, NFRe has a restricted signaling capacity restricted to the outer root cell layer. When NRFe was mutated, less Nod factor signalling was activated inside the root and fewer nodules formed.

NFR1-type receptors have also been found in plants outside the family of legumes, which do not form a symbiotic relationship with rhizobial bacteria. Identifying receptors important for Nod-factor signaling could provide a basis for new biotechnological targets in non-symbiotic crops, to improve their growth in nutrient-poor conditions.

The results are published in the international journal eLife:

The work was funded by the DNRF79- CARB Centre and the ENSA project – Engineering Nitrogen symbiosis for Africa – financed by Bill and Melinda Gates foundation.