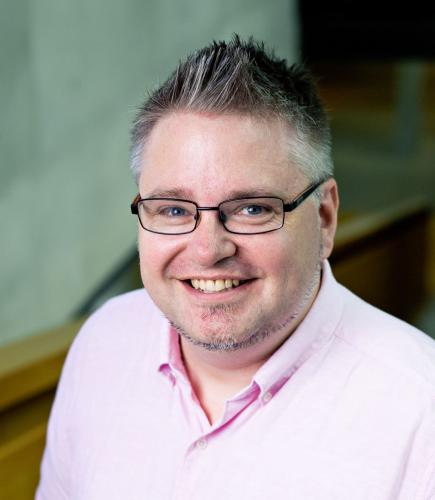 Sebastian Schornack is a Senior Group Leader at the Sainsbury Laboratory, Cambridge University (SLCU). SS was an undergraduate at the Martin-Luther University of Halle, Germany, and conducted his Diploma project in 2000 under the supervision of Ulla Bonas on the cloning of the tomato disease resistance gene Bs4. He earned his PhD degree in 2006 in Plant Biology, working on the structure, specificity and regulation of the Bs4 disease resistance gene and was awarded the Martin Luther Award for Excellence. A subsequent short postdoctoral study with Thomas Lahaye at the University Halle resulted the co-discovery of the TAL effector DNA binding code. SS was then awarded a postdoctoral scholarship from the German Science Foundation and undertook research on Phytophthora infestans effector proteins with Sophien Kamoun at The Sainsbury Laboratory Norwich, UK from 2008 to 2012. In 2013 he was awarded a Gatsby Fellowship and a Royal Society University Research Fellowship and started his own independent research on Intracellular Plant-Microbe Interactions as a Gatsby Fellow at SLCU Cambridge. SS was promoted to Principal Gatsby Fellow in 2019. SS is also a Full Affiliate of the Department of Plant Sciences, University of Cambridge since 2018.

Sebastian Schornack's research aims at the elucidation of plant and microbial molecular mechanisms underlying the colonisation of plants by filamentous pathogens and symbiotic fungi. His team has adopted and become experts in diverse plant systems from bryophytes to angiosperms. This enables them to pursue comparative and evolutionary approaches. Their work has provided novel insights into plant processes supporting and limiting plant-microbe interactions, providing inroads for crop protection and crop improvement.