An expedition was conducted to the Brazilian Amazon in December 2019 with the aim of sampling root nodules from legume trees. The Amazon region is globally one of the highest biodiversity regions and is the centre of radiation for many legume genera, including so-called “basal” genera in the Caesalpinioideae and Papilionoideae sub-families. As such, it is a prime site for sampling taxa which can assist in our understanding of how nodulation evolved in the Leguminosae (Fabaceae).

The region that the expedition covered was based around the Rio Cuieiras, a tributary of the Rio Negro (the northerly one of the two rivers that combine to make the Amazon “proper” at Manaus). December marks a period where increased precipitation and meltwaters from the Andes results in the Amazonian river level rising rapidly, so many of the forests were flooded or in the process of becoming flooded. This made sampling quite interesting(!), but also assisted in allowing us to move amongst the trees.

Collecting samples from Swartzia trees by the river edge.

Target legume genera and species were partly determined on the basis of enigmatic or incomplete reports of nodulation, but also on the availability of nodules on certain genera in the area covered by the expedition (which could only be determined by actually excavating their root systems). Analyses that will be performed on the samples include DNA fingerprinting of the legume species, nodule anatomy, rhizobial isolation and genome sequencing of selected isolates to determine the evolutionary history of their symbiosis genes (nod

Highlights of the expedition included: 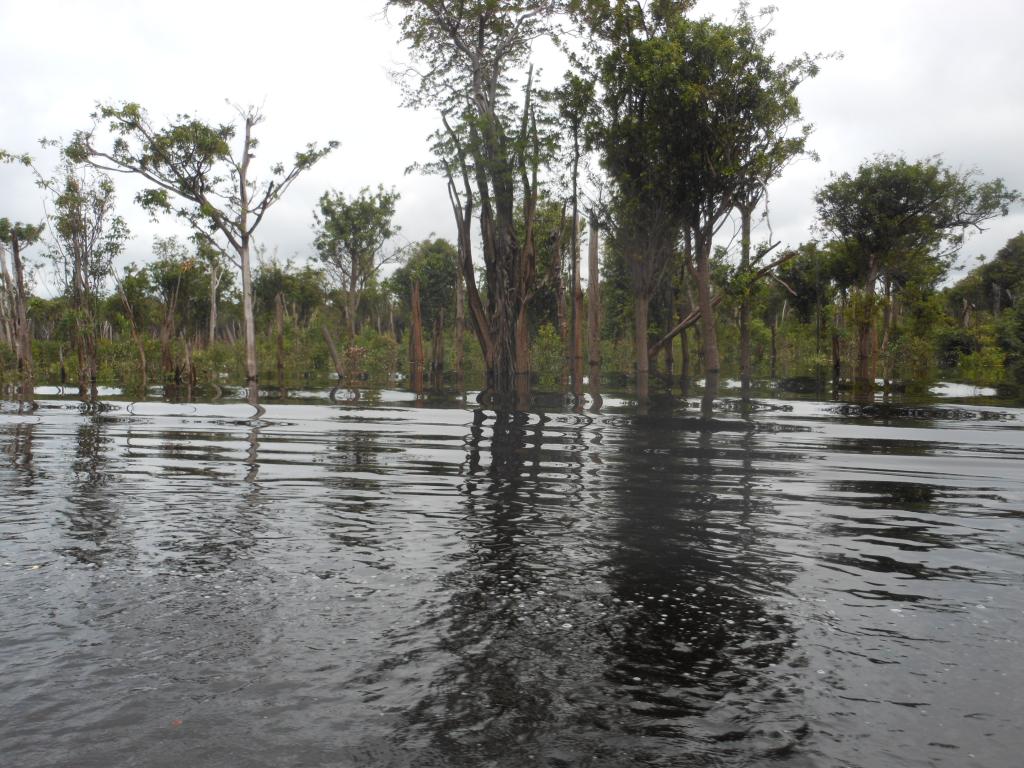 I would like to acknowledge the invaluable support and assistance of the Instituto Nacional de Pesquisas Amazônica (INPA), especially Dr Charles Zartmann, without whom the expedition would not have been possible. In addition, I thank Dr Domingos Cardoso (UFBA, Salvador, BA) and Dr Haroldo de Lima (Jardim Botanico, Rio de Janeiro, RJ) for their botanical expertise, and Dr Eduardo Gross (UESC, Ilheus, BA) for help with nodule sampling. The assistance and hospitality of communities in the Rio Cuieiras is also acknowledged.

Giles Oldroyd elected as a fellow of the Royal Society