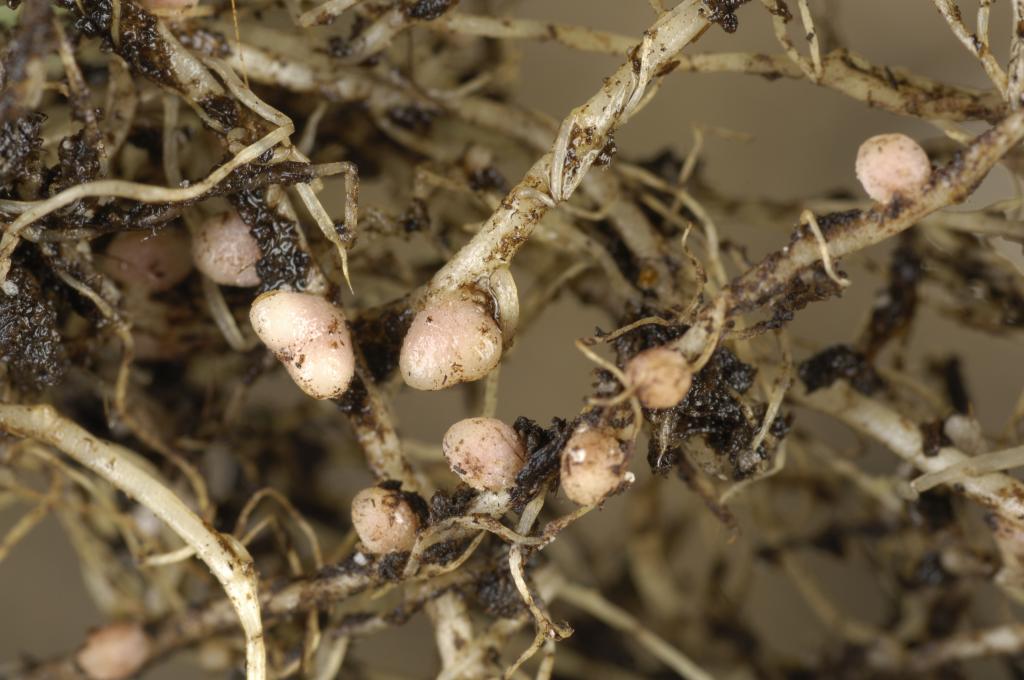 Legumes engage with nitrogen fixing bacteria in nodules that provide a specilised environment for nitrogen fixation. New discoveries published in the journal Science on October 29th show how legume cells in the nodule transition into the nitrogen-fixing state, controlling multiple different mechanisms that support bacteria inside the nodules and the enzyme nitrogenase necessary for nitrogen fixation. These discoveries were facilitated by the first detection of the nodulation master regulator protein NODULE INCEPTION (NIN), that controls many aspects of nodulation and now is shown to also control this transition into nitrogen fixation.

The work provides an important advance in understanding the symbiotic relationship between plants and nitrogen-fixing bacteria and facilitates future engineering of nitrogen fixation into cereals, dispensing the need for fertilising cereal crops by enabling them to fix their own nitrogen.

First described in 1999, NIN is essential for developing a new root organ, called a nodule, where symbiotic bacteria fix atmospheric nitrogen into ammonia. Although it has been studied for two decades, the NIN protein has been difficult to detect, and it remains unknown how NIN coordinates multiple stages of nodule formation.

The first author, Jian Feng, said, “Solving the problem of how NIN could be detected revealed surprising results about the processing of NIN, that explained how this protein controls many different aspects of nodulation”.

The corresponding author, Giles Oldroyd, said, “We are striving to transfer the capability to fix nitrogen to cereal crops. Understanding how nitrogen fixation is induced in the legume nodule is important in helping us transfer this process to cereals”.

This work was supported by the Bill and Melinda Gates Foundation and the UK Foreign, Commonwealth and Development Office as Engineering the Nitrogen Symbiosis for Africa (ENSA) project; the Biotechnology and Biological Sciences Research Council; and the Gatsby Foundation.